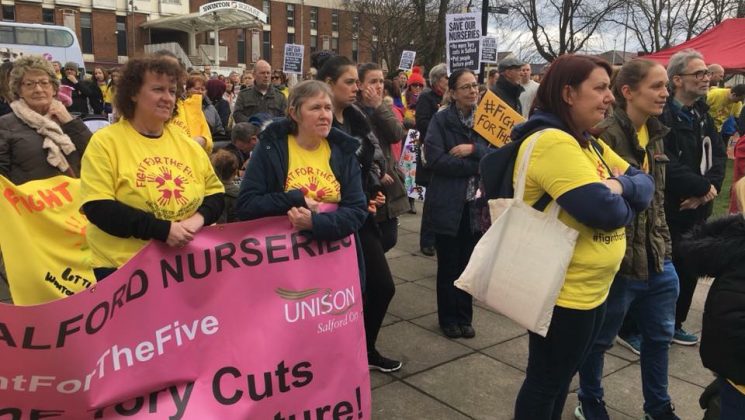 The rally has been called as part of efforts to guarantee the long-term future of the nurseries, which are only currently secure until August 2019.

All three Salford MPs have confirmed their attendance and Salford City UNISON, which represents the workers in the nurseries, is proudly supporting and funding the event.

All are welcome on the Civic Centre lawns, where the rally will start at 12pm.