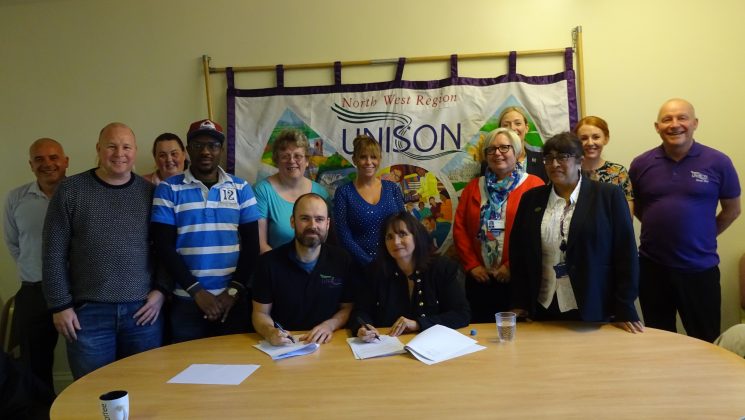 UNISON has secured a trade union recognition agreement with social care provider Lifeways, for all of its workers based in Salford. The agreement, which is a result of UNISON recruiting over half the workforce into the trade union, will provide workers with a strong, independent voice in their workplace. 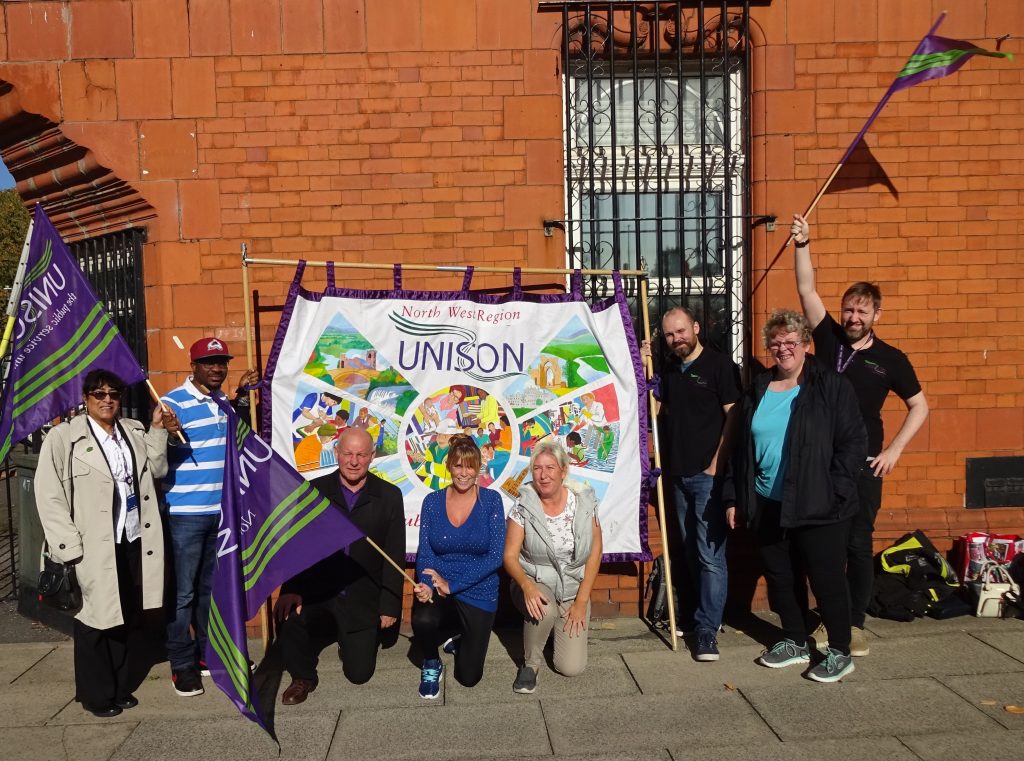 Lifeways provides care and support to adults of all ages with learning disabilities and mental health concerns, and the staff support the service users within their own homes.

Like all care workers, their work is hard and their pay is low. UNISON intends to secure improvements for our members by raising issues with the company through the structures agreed. We will also be lobbying Salford City Council to do more to ensure that companies which are prepared to give their workers a voice and treat them with respect and dignity are considered favourably when contracts are handed out.

Steven North, Salford City UNISON Branch Secretary says: “This agreement is down to the hard work of UNISON Organisers, Matthew Dickinson and Ann Kerrigan, who have worked incredibly hard over the last 18 months to recruit Lifeways workers into the trade unions. Once Lifeways saw the numbers we had, they agreed to allow the union to have a voice in issues relating to pay, terms and conditions and working practices. We’re keen to use this voice to help our members, but also to send a message to Salford City Council and Salford CCG to do more to ensure that social care contracts reward services that are good for staff and service users.”

Matthew Dickinson, Salford City UNISON Local Organiser, adds: “The message to care workers across Salford is clear – UNISON can give you a voice in your workplace. You can have a say over the things that matter to you. Lifeways workers will now have that voice and we believe all care workers deserve it. Workers who stick together, win together!”

Melissa Thomas, support worker at Living Ambitions, a branch of Lifeways, and UNISON steward says: “I was part of getting all the signatures for the recognition, and it’s taken me two and a half years. UNISON have helped make sure that issues like sleep-ins are now being dealt with. I’m really pleased.”

Rena Wood, Joint Deputy Convenor of UNISON NW region says: “I think this decision from Lifeways to sign a recognition agreement is an absolutely positive step forward. It makes good sense, in the fact that if you treat your employees with respect, if you offer them training and they get a decent standard of living from the wage that they earn, that’s got to be recognised in terms of their commitment and loyalty; and clearly the customers and clients of the company are going to benefit from it as well.”

If you’re a care worker and you want to get involved in our campaign for dignity in social care, or just want to find out how we can help you at work, contact us on 0161 794 7425, at Salford City UNISON, 443-445 Chorley Road, Swinton, M27 9LQ or at office@salfordcityunison.org.uk.