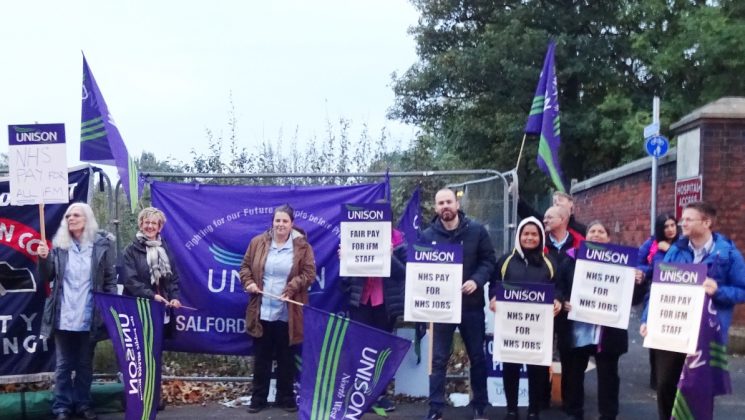 Cleaners, catering staff, porters and security staff are amongst the hospital workers celebrating the agreement, which will see their minimum wage rate increase from £7.83 to £8.95 immediately, and reach £9.92 by the end of 2020.  The pay rise will be back-dated to April 2018.  The pay rise will be worth some £2,000 this year for the lowest paid, rising to over £4,000 a year for full-time staff by 2020. 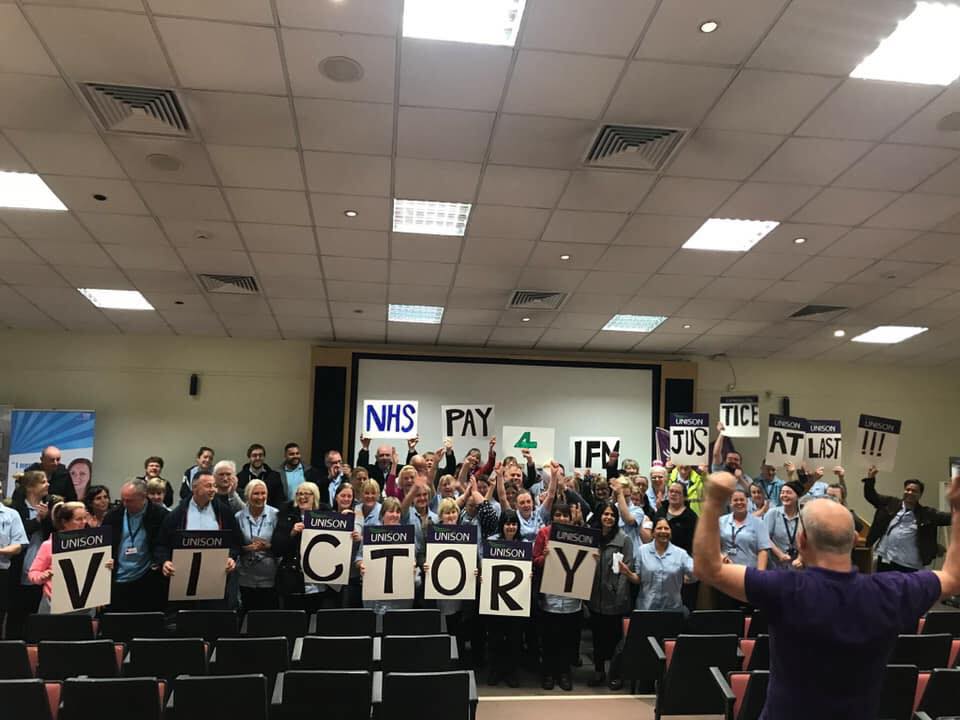 At packed meetings last week, UNISON members voted unanimously to end the dispute as the employer offered to pay NHS Agenda for Change rates for all iFM staff.

A second wave of strike action was due to take place before the agreement was reached.

“We all work in the NHS.  It is only right that we will all be on NHS pay.  We are no longer invisible.  We are strong and proud.  We stuck together and we won!”

“The staff had to fight to get the pay rise they were due and that they had been promised.  This is a great result and it has been achieved by the unity and determination of the hospital workers.

“The campaign for fair pay in Bolton has been widely supported – by MPs, by the public, and by hospital staff not directly involved in the dispute.  Everyone has acted in unison to ensure that all hospital workers will be paid the NHS rate for the job.”

“The victory in Bolton should send a strong signal to any NHS trusts who think creating a wholly owned subsidiary will allow them to short change their staff over pay. Anyone who provides a service to the NHS should get the same wages rises as the health colleagues they work alongside.

“The hospital workers employed by iFM do work that’s at the heart of the NHS. The move by iFM to try to deny them their share of the national NHS pay deal was quite simply immoral. But the employer wasn’t banking on the determination and solidarity of UNISON members in Bolton, who have been unflinching in their stand for fair pay.”