We’re proud to say that our UNISON Environment Convenor Sam Barry has been nominated for “Public Servant of the Year” in the 2019 Sprit of Salford Awards. 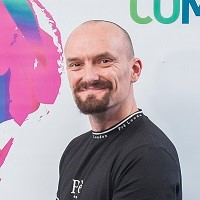 Sam’s principal role is as a HGV Driver in Salford City Council’s Refuse and Recycling service.

This recent Christmas, Sam organised for him and his colleagues to pick up toys and gifts from homes around Salford and to distribute them to the poorest children in the city.

The response from the public was overwhelming – as thousands of toys were collected and distributed via a network of Salford charities – but none of it would have been possible without Sam having the idea, as well as the compassion and determination to drive it through.

Sam wanted to make sure that every child in Salford could enjoy Christmas and to let people know that sometimes you can get help, even without having to ask for it.

There are many fantastic nominees for this award, but we’re unbelievably proud of Sam, our very own Salford Santa!

It only takes two minutes.

Voting closes on 1st March and winners will be announced at the Awards Ceremony on 14th March.