Save Our Outstanding Salford Nurseries

This campaign has ended

Since February 2018, we have been campaigning to save Salford’s five, Ofsted-rated Outstanding, council nurseries. Our campaign involves workers, parents, carers, community groups and local politicians who are determined to #fightforthefive.

Due to Government cuts to early years funding, the nurseries were due to close in August 2018. Following a public meeting of approximately 300 people, Salford Mayor Paul Dennett agreed to put in a further £1.5m of Council money to keep them open until at least August 2019 and to campaign with us to get Government funding to secure a long-term future. 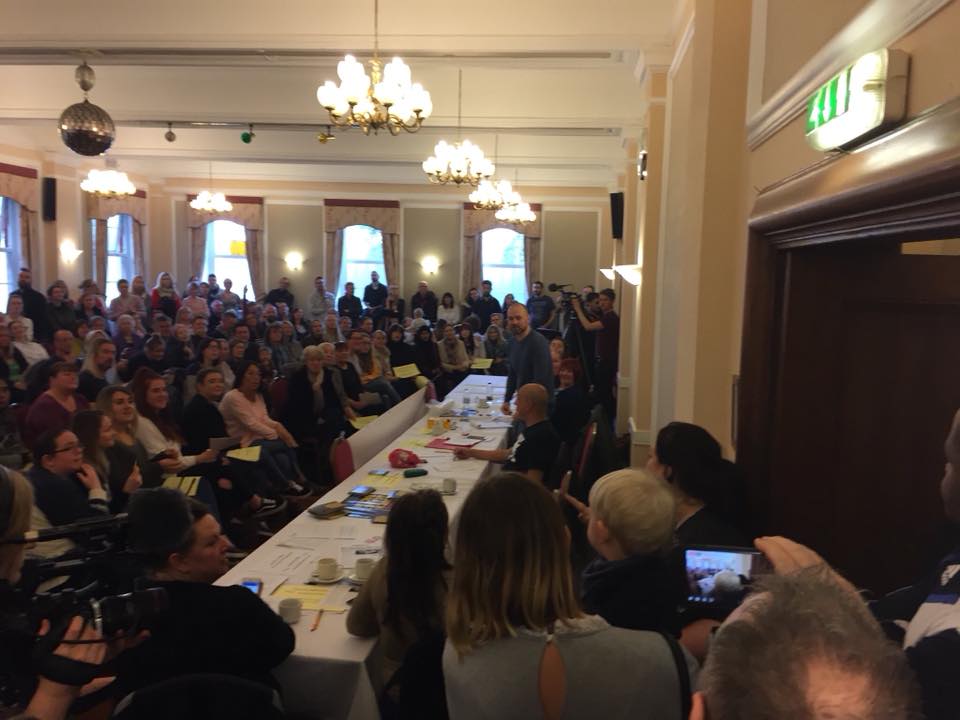 Two days after this announcement was made, over 1000 people marched through Salford to show their support. We held a large rally, addressed by parents, workers, the Mayor, MPs and Angela Rayner, Shadow Education Secretary. We also had the pleasure of meeting with Jeremy Corbyn in the days leading up to the rally. 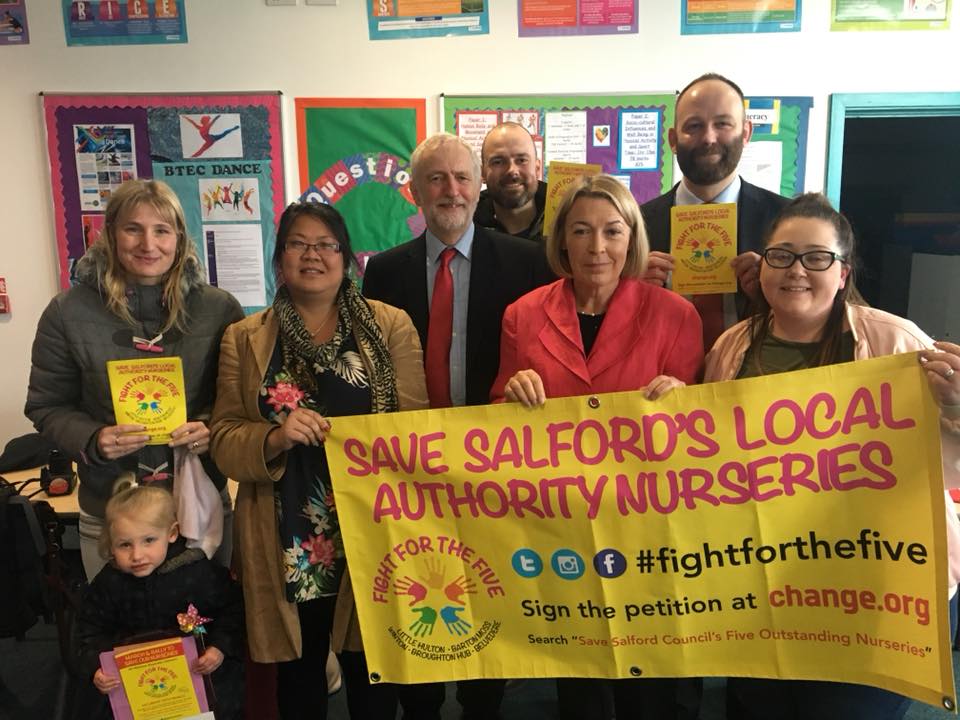 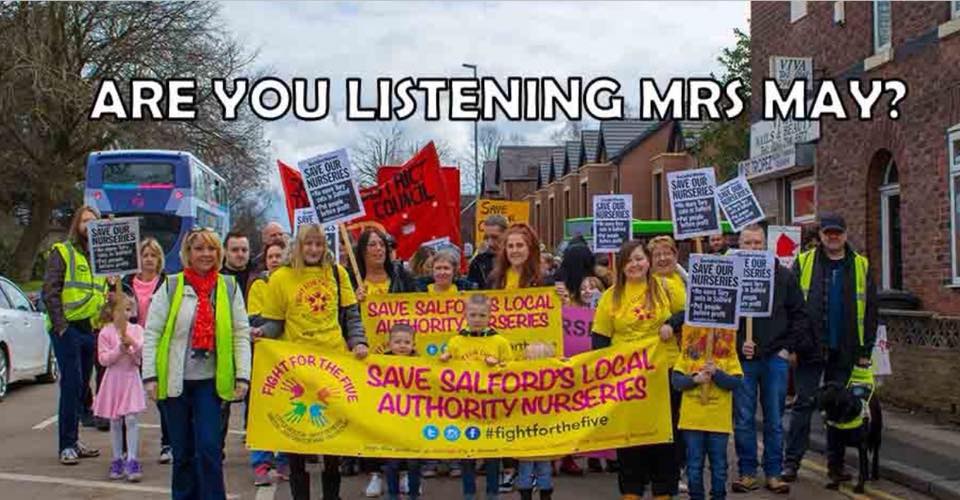 “Are You Watching Mrs May?” Campaigners march through Salford – March 18

Following the rally we held a meeting in the Palace of Westminster, where we received the support of a number of MPs. 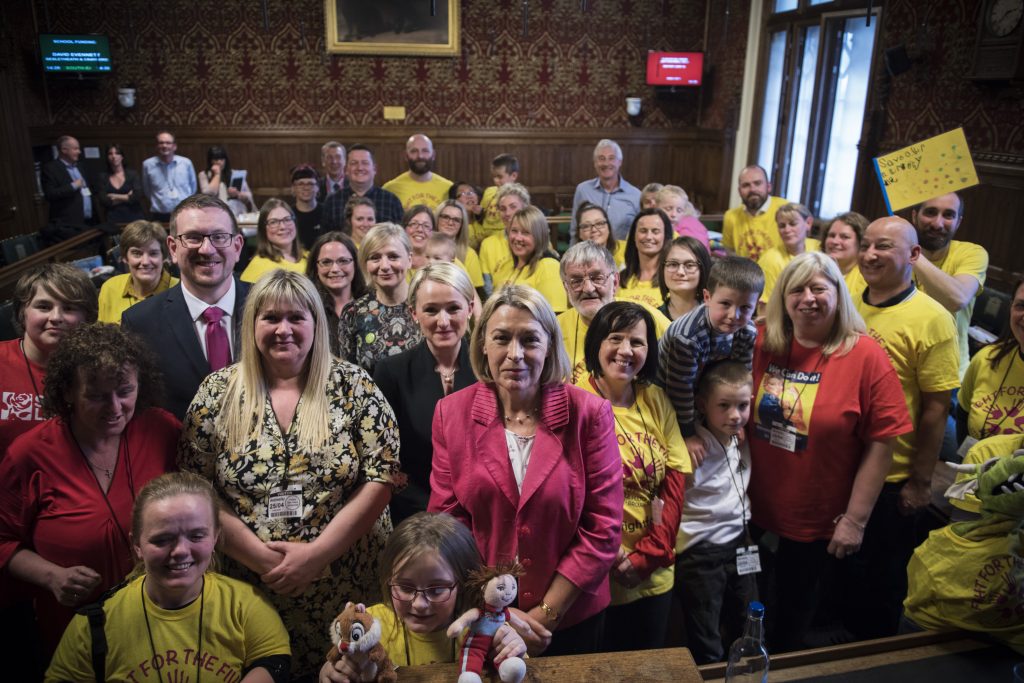 While we were in London we held a protest outside the Department for Education and were subsequently invited to a public meeting with Nadhim Zahawi MP, Minister for Early Years. He promised to hep us find a solution, but as of yet he has not delivered on this promise, so we fight on…. 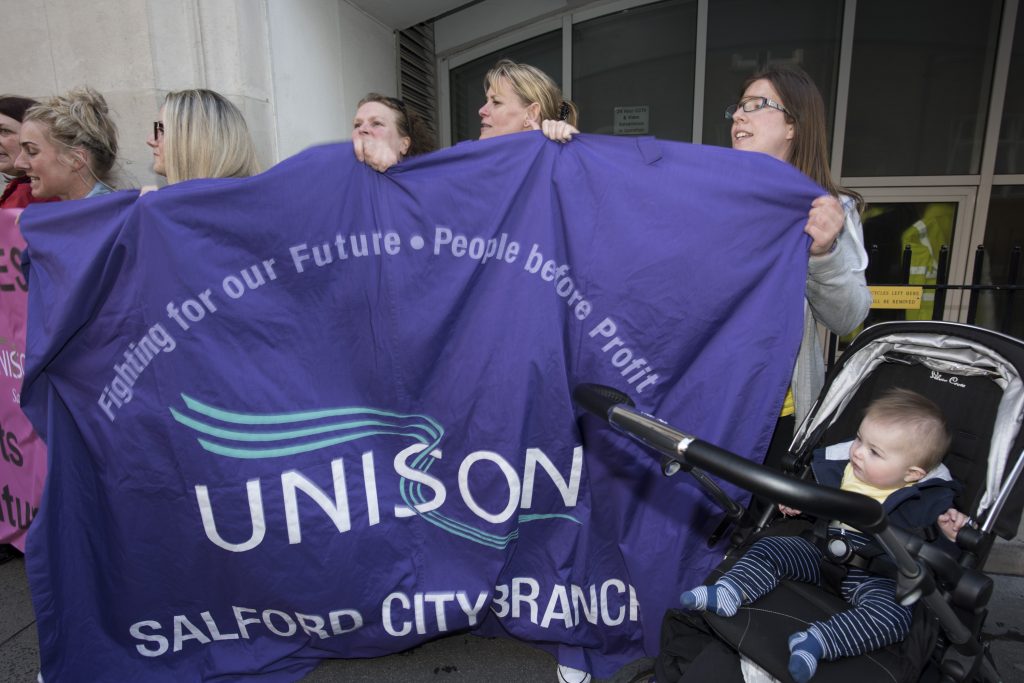 Campaigning outside the Department for Education – April 18

On 27th October, we will be holding another public rally outside Salford Civic Centre. Please come along and show your support. It will be at 12 Noon and all are welcome. 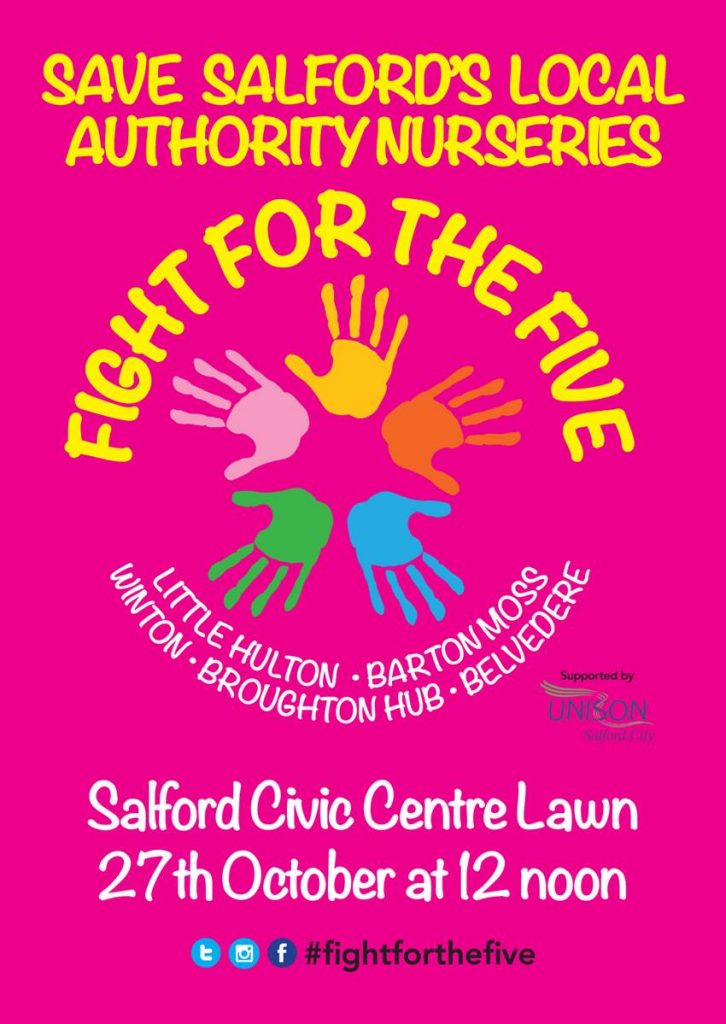 Workers, parents, community groups and politicians fighting to save Salford’s Five Outstanding Council Nurseries will hold a Rally on Saturday 27th October outside Salford Civic Centre. The rally has been called as part of efforts to guarantee the long-term future of the nurseries, which are only currently secure until August 2019. All three Salford MPs […]